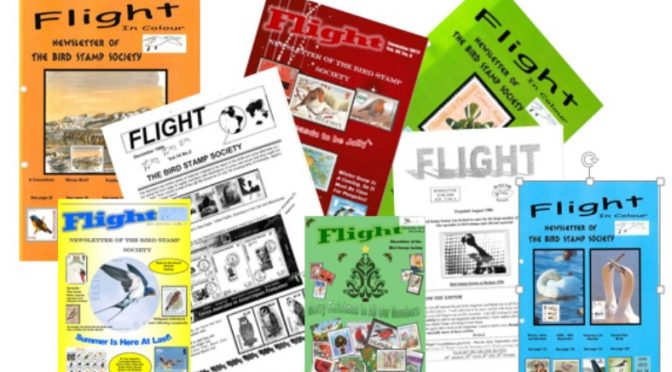 Flight is the core product of the Bird Stamp Society, and is available to members via email or hardcopy. It is a full-colour journal issued in March, June, September and December. Each issue features a range of bespoke articles provided by BSS members, as well as a number of regular features.

Bespoke Features May Include Articles on for example:

Download and view a free sample copy of Flight.

Flight Back Issues are only accessible to members of the Bird Stamp Society.

The first Flight was issued in 1986, and with 4 issues a year, this has turned out to be quite a huge resource – over 300 journals!. Early issues delivered 50-60 pages, and the Master copy of each edition was photocopied in black and white, on a high grade machine, therefore, some print quality was lost.

All the black and white paper editions (i.e. up to December 2011) have been scanned and optimised, so they are searchable when open, and converted to pdfs. Magazines from March 2012 were originally produced in pdf format, and these have all been loaded in to the Members Portal too.

We do have a number of Flight articles available for general perusal on the website … hopefully to tempt you to join the Society!

These can be found on the ‘General Articles’ and ‘Bird Species and Families’ pages in the Knowledge Base section. ….. TAKE ME THERE NOW …. Happy Reading! 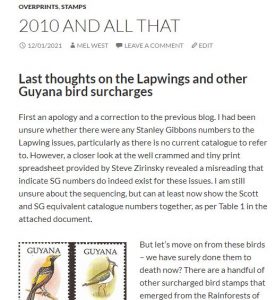