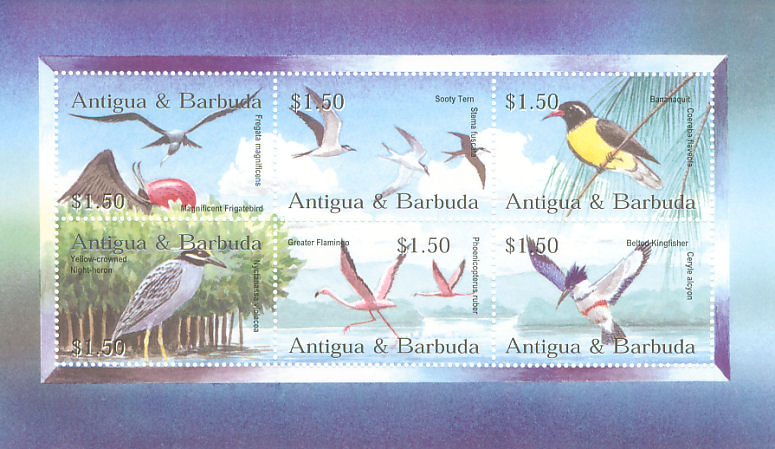 The Bird Stamp Society is one of the few recognised representative organisations for bird stamp collectors. We are a small specialist stamp Society with members across the globe. Our funding comes solely from subscriptions, allowing us to produce the quarterly Society journal Flight, keeping members up-to-date with new issues, stamp shows, fairs and resources with both an ornithological and philatelic base. Our broad aims are:

The Flight magazine is compiled each quarter with news, articles, new listings, committee reports and other regular features – all content being submitted by members of the Society.

The Society runs a successful postal packet circuit for British members, which over 70 members take part in, receiving a packet containing 8/10 books about six times a year. The books are made up by members’ and non-members’ items, start from 2p upwards, for singles, sets and covers, some at one fifth catalogue value.

The society commission is 8% plus 2% insurance. It provides a good service to members who have no access to stamp fairs. Viewing in your own home, at your own pace, has some major advantages! There is no extra charge for membership.

Both British and overseas members also have access to an internet-based bird packet, that is run in close association with the Society, called e-packet. There is no charge for membership of this packet either.

In the past, we also held a regular stamp auction. This is currently not operating, but we would hope to re-activate it at some point in the future.

To see what membership benefits are on offer, please click the image below.

The BSS has a small but dedicated team of volunteers who run and implement the work of the Society on behalf of it’s members.

As a keen amateur ornithologist for most of my life, I started to reflect on how birds have been portrayed in art over the centuries. Although I have often favoured the realism of superb draughtsmanship, I also accept that some artists can capture the “jizz” of a bird with just a few lines of pencil or brushstrokes in paint. All this started my interest in collecting bird books and some artwork and in my early thirties I turned to the world of miniature bird art in the stamp world. This has led to a broad collection of global bird philately and while I have some stamps sorted by family, my principle collection is by geographical criteria. I joined the Bird Stamp Society in the late 1980s, became Secretary in 2013 and Chairman in 2015 having also been Editor of Flight in 2015/16.

A keen, but occasional and sometimes less than competent bird watcher, I felt inspired to start collecting bird stamps after reading Dan Koeppel’s book about his obsessed birder father, “To See Every Bird on Earth.” Every chapter begins with a bird stamp from Chris Gibbon’s collection, and I thought what a great thing to do, so I started collecting too. After a while I realised that there are some countries that are more interesting and exciting than others and now tend to only focus and specialise on those ones. To cement the interest, I became a member of the Bird Stamp Society in 2014 and then joined the Committee as General Secretary in the summer of 2017.

How did I start collecting bird stamps? Well, A long story.. During the Falklands conflict I was the army’s Deputy Chief Paymaster, and carried £6 million – all in £10 notes.  Needing a place to “stash the cash,” I was offered a safe at the Post Office & Philatelic Bureau. The Bureau held stamps for all the Falkland dependencies. The Bureau Manager told me he had loads of pre-franked stamps & FDCs that now needed to be destroyed because of wrong issue dates. He said I could take what I wanted – so I did!  Back in the UK, my daughter, a Brownie, asked what she could collect for her ‘Collectors’ badge.  Rather than give her the Falklands material, we went to the stamp shop in Eastleigh and she bought 200 stamps from a plastic barrel – all for 1p each. When we got home, I discovered that the stamps she had chosen were either birds or animals. The rest as they say is history.

I started collecting general stamps as a hobby when I was a wee lass, but it didn’t last long. It was only when I reached my thirties that I began to rediscover my interest in philately and, being a keen birdwatcher, I decided to collect bird stamps too. I collect all countries, but refuse to purchase stamps in excess of postal needs … there are enough without this expense too! I joined the Society in 1999, became Editor of the Flight magazine in 2017, and website administrator in early 2020.

I am something of a newcomer to stamps, having only been involved with them for just over 20 years. My wife, Paula, on the other hand, was a collector from childhood, and it was she that got me involved, first with collecting, then with trading. I took over running the packet late in 2018. The terrible truth…..I don’t collect birds!! My collecting interests are mainly military-related – aviation, ships and history, but Paula collects Penguins, and it was she that joined the Society, some years ago. We have supplied material for the packet for some years, and I got involved because the Society needed a new packet secretary.  I thought that it would be a very worthwhile thing to do. There are many collectors that are unable to visit stamp fairs, and can’t or don’t wish to buy online, so society packets are an excellent way to help them build their collections. They are also a useful way for members to move on unwanted items. Most club books come from active Society members. So if you have some unwanted bird material, why not make it up into club book(s) and send it to me for circulation in the packet.